Calculating current and future greenhouse gas emissions and the effects of climate actions is critical in the global struggle to limit the rise in temperatures. Not only are precise calculations a pre-requisite for informed political decisions on which actions to take, they are also the foundation for transparent and credible global action.

The GACMO model  has been developed through more than 20 years of research at UNEP Copenhagen Climate Centre, and was used by several countries to prepare their INDCs leading up to COP21 in Paris.

A spreadsheet (“GACMO Model”) can be downloaded from this site. The model contains 40 sheets. Using the newest data on energy consumption of fossil fuels and electricity, divided into sectors, the model calculates the greenhouse gas emissions for a “start year”, with growth factors for each sector a baseline for Business As Usual scenario until 2020, 2025, 2030, and 2050.

Based on this the model, countries can then calculate and track the GHG reduction and economic effects of about 100 climate mitigation actions organised in the 24 types that have been used in the CDMPipeline e.g.: Agriculture, Biomass Energy, Energy Efficiency in Households, Forestry, Geothermal, Hydro, Solar, Wind.

The model is a useful tool for Monitoring Reporting and Verification (MRV) ensuring transparency in climate change mitigation actions. It contains a MRV sheet, where the annual implementation of the mitigation action can be inserted.

The GACMO model can also be used at regional levels. It was, for example, used to make the report Zero Carbon Latin America – A pathway for net decarbonisation of the regional economy by mid-century. Access this publication below under Related Resources.

In additon, the GACMO Hotel model is a special version, which has been developed for hotels, so they can calculate a Low carbon development strategy. It has the same structure as the normal GACMO model, and contains 51 GHG reduction options, which can be used at hotels. It is for the moment being used in a project on the Philippines and on the Dominican Republic.

The objective of the analysis presented in this report is to visualize a pathway for complete decarbonisation of the Latin American and the Caribbean (LAC) regional economy by mid-century. This is achieved through a review of specific sector-wide actions, within a foreseeable technology and economics context. The analysis is being conducted at a time of considerable momentum in addressing the […] 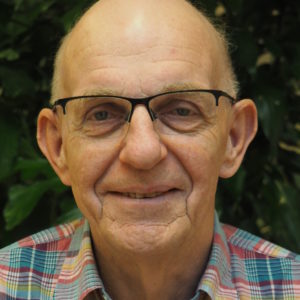