As the global transition away from fossil fuels to renewable energy gathers pace, it is becoming clear that unlocking sustainable economic, industrial, environmental and social development along with the green transition requires more than just financial investments.

However, we generally know little about the specific role that they play in terms of localizing their activities in host country markets and how to harness their enormous potential for job creation, community and skill development and broader socio-economic development.

In a new paper, published in Energy Research and Social Science, UNEP DTU Partnership researchers address this knowledge gap by conducting an in-depth study of a Scandinavian-owned subsidiary operating in the market for solar power in South Africa. Specifically, the study investigated the learning and technological capability trajectory.

The study found that the subsidiary, which provides project development and engineering, procurement and construction services for solar power projects, was able to achieve an advanced level of innovation capabilities in an unusually short period of time. Since its inception in 2011, the company has not only established itself as a local industry leader, but has been able to expand into other growing renewable energy markets in Africa and beyond.

The study highlights the subsidiary’s dedicated efforts to combine knowledge transfer from the parent company with local sources of knowledge. While the subsidiary was able to make use of existing competences in the local labour market, the locally recruited staff were trained further into highly skilled positions. Hence, the study shows the contribution of the subsidiary to nurture the development of increasingly specialized skills of local employees.

The study points to the importance of the state and national regulation in localizing the activities of multinational companies operating in the global market through the government’s use of local content requirements as part of the renewable energy policy. Such requirements were found to have been instrumental in stimulating the localization of activities and the realization of local employment and skills development.

The findings in the study align with UNEP DTU Partnership’s macro level research of renewable energy procurement in South Africa, which examines how procurement frameworks can maximise sustainable development of local communities and industries over a period of three years.

Based on this research, long-term continuity and predictability of the regulatory frameworks around renewable energy procurement encourages competition, price reductions, and industrial and socio-economic development.

However, the details of the frameworks are important and need to be tailored to the specific conditions of each country, which means that research, technical support, capacity-building and institutional strengthening become the most important aspects to consider both for developing countries and for donors wishing to support a sustainable green transition with positive impact on SDGs as well as climate change.

As the global transition away from fossil fuels to renewable energy (RE) gathers pace, the Renewable Energy Independent Power Producers Procurement Programme (REIPPPP) in South Africa (SA) has been a game changer in terms of stimulating the deployment of large scale RE and unlocking possible pathways towards more sustainable economic, industrial, environmental and social development. Until now, over 6,000 MW […] 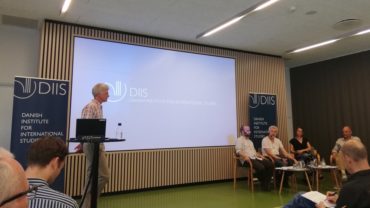 Reaching the potential of renewable energy and development

Around the world, companies and governments are developing wind and solar projects, as well as other renewable energy schemes at an increasing pace. However, while greenhouse gas mitigation and energy security are strong drivers for these investments, large-scale renewable energy projects do not automatically benefit everyone, and are not necessarily welcomed by all. In a number of countries – including […]