In 2010 -2019 average annual global greenhouse gas emissions were at their highest levels in human history, but the rate of growth has slowed. Without immediate and deep emissions reductions across all sectors, limiting global warming to 1.5°C is beyond reach. However, there is increasing evidence of climate action, said scientists in the latest Intergovernmental Panel on Climate Change (IPCC) report released today.

Since 2010, there have been sustained decreases of up to 85% in the costs of solar and wind energy, and batteries. An increasing range of policies and laws have enhanced energy efficiency, reduced rates of deforestation and accelerated the deployment of renewable energy.

“We are at a crossroads. The decisions we make now can secure a liveable future. We have the tools and know -how required to limit warming,” said IPCC Chair Hoesung Lee. “I am encouraged by climate action being taken in many countries. There are policies, regulations and market instruments that are proving effective. If these are scaled up and applied more widely and equitably, they can support deep emissions reductions and stimulate innovation.”

Senior Economist Subash Dhar was lead author on Chapter 10 on transport and contributed on assessments of technologies needed to decarbonize the transport sector and on future scenarios.
The chapter shows that long-term scenarios are diverse in terms of technology choices including biofuels and hydrogen.

Senior Advisor Fernando Farias was lead author on chapter 17: Accelerating the transition in the context of sustainable development. The chapter integrated and expanded the discussion of linkages between mitigation and sustainability and showed that more effective mitigation action requires to be framed addressing a number of priorities not only from a mitigation-adaptation perspective, but also integrating more general aspects of sustainability.

The Summary for Policymakers of the IPCC Working Group III report, Climate Change 2022: Mitigation of climate change was approved on April 4 202 2, by 195 member governments of the IPCC, through a virtual approval session that started on March 21. It is the third instalment of the IPCC’s Sixth Assessment Report (AR6), which will be completed this year.

The report can be downloaded here.

Limiting global warming will require major transitions in the energy sector. This will involve a substantial reduction in fossil fuel use, widespread electrification, improved energy efficiency, and use of alternative fuels (such as hydrogen).

“Having the right policies, infrastructure and technology in place to enable changes to our lifestyles and behaviour can result in a 4 0 -70% reduction in greenhouse gas emissions by 2050. This offers significant untapped potential,” said IPCC Working Group III Co -Chair Priyadarshi Shukla. “The evidence also shows that these lifestyle changes can improve our health and wellbeing.”

Cities and other urban areas also offer significant opportunities for emissions reductions. These can be achieved through lower energy consumption (such as by creating compact, walkable cities), electrification of transport in combination with low -emission energy sources, and enhanced carbon uptake and storage using nature. There are options for established, rapidly growing and ne w cities.

We see examples of zero energy or zero-carbon buildings in almost all climates,” said IPCC Working Group III Co -Chair Jim Skea. “Action in this decade is critical to capture the mitigation potential of buildings.”

Reducing emissions in industry will involve using materials more efficiently, reusing and recycling products and minimising waste. For basic materials, including steel, building materials and chemicals, low – to zero -green house gas production processes are at their pilot to near -commercial stage.

This sector accounts for about a quarter of global emissions. Achieving net zero will be challenging and will require new production processes, low and zero emissions electricity, hydrogen, and, where necessary, carbon capture and storage.

Agriculture, forestry, and other land use can provide large -scale emissions reductions and also remove and store carbon dioxide at scale. However, land cannot compensate for delayed emission s reductions in other sectors. Response options can benefit biodiversity, help us adapt to climate change, and secure livelihoods, food and water, and wood supplies.

The next few years are critical

In the scenarios we assessed, limiting warming to around 1.5°C (2.7°F) requires global greenhouse gas emissions to peak before 2025 at the latest, and be reduced by 43% by 2030; at the same time, m ethane would also need to be reduced by about a third. Even if we do this, it is almost inevitable that we will temporarily exceed this temperature threshold but could return to below it by the end of the century.

“It’s now or never, if we want to limit global warming to 1.5°C (2.7°F) , ” said Skea. “Without immediate and deep emissions reductions across all sectors, it will be impossible.”

This assessment shows that limiting warming to around 2°C (3.6°F) still requires global greenhouse gas emissions to peak before 2025 at the latest, and be reduced by a quarter by 2030.

The report looks beyond technologies and demonstrates that while financial flows are a factor of three to six times lower than levels needed by 2030 to limit warming to below 2°C ( 3 . 6°F), there is sufficient global capital and liquidity to close investment gaps. However, it relies on clear signalling from governments and the international community, including a stronger alignment of public sector finance and policy.

“Without taking into account the economic benefits of reduced adaptation costs or avoided climate impacts, global Gross Domestic Product (GDP) would be just a few percentage points lower in 2050 if we take the actions necessary to limit warming to 2°C ( 3 . 6°F) or below, compared to maintaining current policies,” said Shukla.

Accelerated and equitable climate action in mitigating and adapting t o climate change impacts is critical to sustainable development. Some response options can absorb and store carbon and, at the same time, help communities limit the impacts associated with climate change. For example, in cities, networks of parks and open spaces, wetlands and urban agriculture can reduce flood risk and reduce heat -island effects.

Mitigation in industry can reduce environmental impacts and increase employment and business opportunities. Electrification with renewables and shifts in public transport can enhance health, employment, and equity. “Climate change is the result of more than a century of unsustainable energy and land use, lifestyles and patterns of consumption and production,” said Skea. “This report shows how taking action now can move us towards a fairer, more sustainable world.” 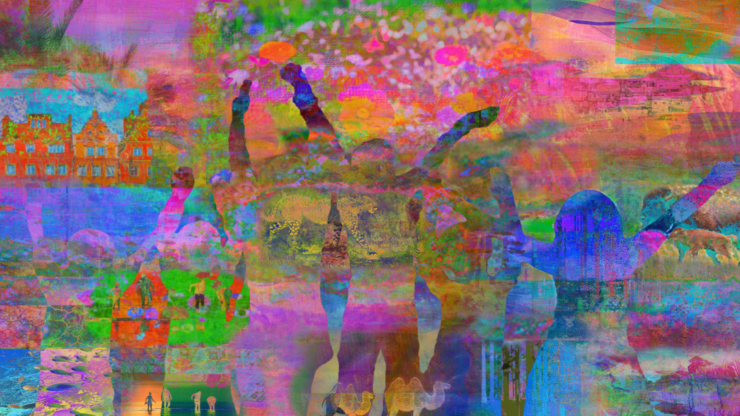 Climate change is a threat to human wellbeing and health of the planet, says the latest IPCC report on Impacts, Adaptation and Vulnerability with contribution from UNEP Copenhagen Climate Centre expert.