This title can now be added to a network of more than 160 municipalities in Argentina working to limit the effects of climate change with the help of UNEP Copenhagen Climate Centre.

The award recognized RAMCC’s coordination and promotion of local public policies against climate change in the cities and towns of Argentina.

Accepting the award, RAMCC executive secretary Ricardo Bertolino thanked UNEP Copenhagen Climate Centre and the Copenhagen Centre on Energy Efficiency for its valuable support in the process leading up to the nomination and win.

RAMCC was one of six winners from around the world will recognized for their climate action efforts in six different categories.

As the new Climate Community Champion, RAMCC was awarded for being an instrument for the coordination and promotion of local public policies fighting climate change in Argentina. The network has created the first municipalities’ trust fund to promote climate action, as a vehicle to gain the support and transparency needed to promote investment at a sub-national level.

UNEP Copenhagen Climate Centre has been working with the 160 municipalities represented in RAMCC for several years.

Last year an official agreement was signed for the UNEP Copenhagen Climate Centre to assist Argentinian municipalities develop the implementation of local energy efficiency projects, in order to contribute to the Sustainable Development Objective by 2030 to double the global rate of improvement of energy efficiency.

Read more about the Copenhagen Centre on Energy Efficiency’s work in Argentine here.

The GCF Green Champions Awards was launched in August this year to recognize and promote the most noteworthy and successful efforts to fight climate change in developing countries. The nominees, which include outstanding individuals and organisations driving climate transformation, are among the prime examples of initiatives that exemplify environmental, social and business-led commitments to combat climate change.

The finalists of the Green Champion Awards were selected from a total pool of 280 nominees, with a focus on choosing finalists that make a difference addressing the climate crisis in developing countries.

The winning initiatives are examples of environmental, social and business-led innovation combatting climate change – both in limiting and reducing greenhouse gas emissions and in helping people and the planet adjust to climate change impacts.

At the launch of the awards in August this year, GCF Deputy Executive Javier Manzanares said that “We want to recognize the contribution of these climate champions, and shine a light on their efforts. Around the world, dedicated people are responding to the threats we are facing, and they are changing our world for the better.” 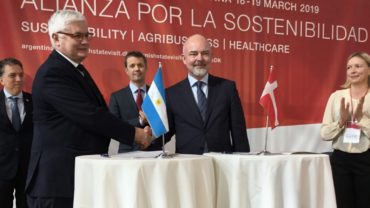 Today, UNEP DTU signed an MoU with the Argentinian network of municipalities to together implement energy efficiency initiatives. The signing of the MoU by Peter Skotner, Deputy Director of UNEP DTU Partnership and Mr. Ricardo Bertolino of Asociación Civil Red de Acción Climática (ACRAC) took place during the Danish State visit to Argentina, in the presence of His Royal Highness the Crown […] 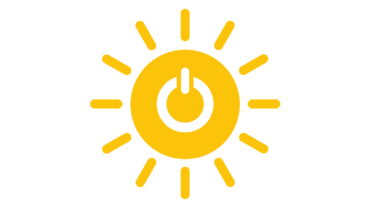 A new coalition of countries, businesses and international organizations today committed to driving a three percent global increase in energy efficiency each year – a move that can help limit climate change and increase global prosperity. Launched at the UN Climate Action Summit in New York, the Three Percent Club builds on International Energy Agency (IEA) research showing that the […]